Use one of the services below to sign in to PBS:

You've just tried to add this video to My List. But first, we need you to sign in to PBS using one of the services below.

You've just tried to add this show to My List. But first, we need you to sign in to PBS using one of the services below.

Get extended access to 1600+ episodes, binge watch your favorite shows, and stream anytime - online or in the PBS app.

You may have an unactivated WGBH Passport member benefit. Check to see.

A Year in Space

Beyond A Year in Space

Scott Kelly Returns to Earth After a Year in Space 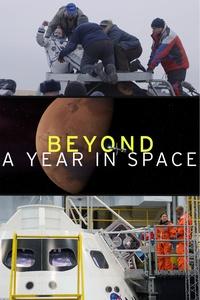 A Year in Space

A Year in Space follows astronaut Scott Kelly's 12-month mission on the International Space Station, from launch to landing, as NASA charts the effects of long-duration spaceflight by comparing him to his identical twin on Earth, astronaut Mark Kelly. Beyond A Year in Space introduces viewers to the next generation of astronauts training to leave Earth’s orbit and travel into deep space.

Meet the Crew Members of Expedition 46

Want to know more about Expedition 46 and its crew members from Beyond A Year in Space? Visit the official website now for exclusive details on the mission, its objectives, and its members.