Use one of the services below to sign in to PBS:

You've just tried to add this video to My List. But first, we need you to sign in to PBS using one of the services below.

You've just tried to add this show to My List. But first, we need you to sign in to PBS using one of the services below.

Get extended access to 1600+ episodes, binge watch your favorite shows, and stream anytime - online or in the PBS app.

You may have an unactivated WGBH Passport member benefit. Check to see. 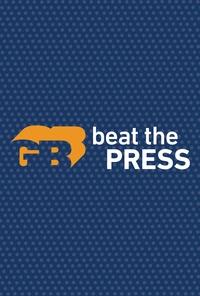 Beat the Press takes a sharp look at how the media, new and old, covers and analyzes the big issues. The weekly half-hour is hosted by Emily Rooney and includes a panel of critical thinkers, including Dan Kennedy of Northeastern University and WGBH's Callie Crossley. Beat the Press recently won the Bart Richards Award for Media Criticism, recognizing its in-depth discussion of the media in 20